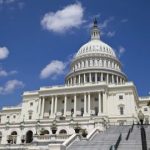 The U.S. House of Representatives passed the $717 billion 2019 National Defense Authorization Act on Thursday with 351 voting in favor and 66 voting against. 131 Democrats sided with 220 Republicans in support of the bill, The Hill reported.

The House’s version of the defense budget allocates $617 billion for expenditures related to military bases, $22 billion for the Energy Department‘s nuclear weapons programs, and $69 billion for what the bill refers to as “Overseas Contingency Operations.”

The 2019 NDAA also provides $2 billion in funding for the Defense Information Systems Agency. Rep. Mac Thornberry, R-Texas, previously called for the agency’s elimination but the approved version of the defense bill only orders the transfer of certain functions to other Defense Department units by 2021.

Elsewhere, the defense bill authorizes $65 million for the development of a submarine-launched low-yield nuclear weapon based on the W76 missile warhead. House Democrats previously proposed a measure that would have halved funding for this purpose, but the motion was defeated.

Moving forward, the House bill will be transmitted to the U.S. Senate, whose version of the defense budget was approved at the committee level on Wednesday.