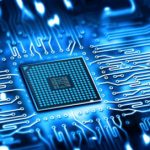 President Trump has signed a bill into law providing $1.2B in funding for quantum computing research and development over the next five years, GeekWire reported Friday. The National Quantum Initiative Act will support federally-backed research programs exploring quantum information science and the effort to build a quantum-smart workforce.

The law also requires the establishment of a National Quantum Coordination Office and an advisory committee within the White House to manage such projects and address issues in quantum computing. Michael Kratsios, deputy assistant to the president for technology policy, said the initiatives would increase jobs in the U.S., boost economic growth and improve national security.

“We look forward to building upon efforts to support the quantum-smart workforce of the future and engage with government, academic and private-sector leaders to advance QIS,” he said.

The law comes after the National Academies of Science called on the government to develop “post-quantum” encryption protocols to protect commerce and national security.