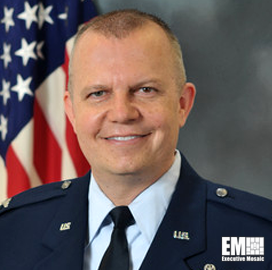 Col. Eric Felt, director of the space vehicles directorate at the Air Force Research Laboratory (AFRL), said the lab's next major project in space will focus on “nontraditional orbits,” including very low-Earth orbits and those near the Moon, Breaking Defense reported Friday.

“We in AFRL are working on technologies to expand space domain awareness above the GEO belt — so from the GEO belt all the way to the Moon and even a little bit beyond,” Felt said Friday at a webinar. “It’s what we call the xGEO, or the cislunar, area of operations. And as commercial people move there, and our adversaries move there, that becomes an area where we need to know what’s going on up there.”

Felt said the lab intends to equip LEO satellites with a Link 16 tactical data link to broaden connectivity across domains as part of the XVI project and plans to test a prototype by March.

“You would basically have a Link 16 capability everywhere, all the time, all over the world, and that is pretty powerful enabler to our warfighters,” he said of the XVI project.