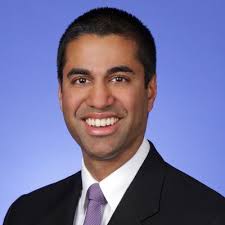 The Federal Communications Commission (FCC) has released a draft proposal regarding a spectrum considered for use with commercial 5G. The proposal highlights efforts to have the 3.45-3.55 gigahertz spectrum ready for 5G implementation across the country, FCC said Tuesday.

“We are moving forward quickly, in coordination with the executive branch, to ensure that this mid-band spectrum is available for commercial 5G deployment," said FCC chairman Ajit Pai

Pai's proposal supports FCC's planned 5G implementation alongside other efforts such as an upcoming auction for the C-Band spectrum scheduled for December 2020.

FCC's 5G implementation aligns with Congress' MOBILE NOW Act that aims to have a certain amount of megahertz available for broadband use by the end of the year. “Our 5G FAST Plan is in full swing," Pai added.