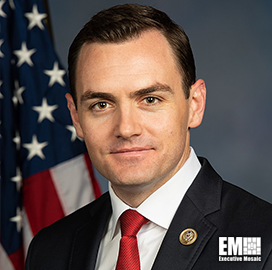 Gallagher, who serves as co-chair of the Cyberspace Solarium Commission, appeared Thursday before the House Armed Services' intelligence and emerging threats and capabilities subcommittee citing the need for DoD to have greater visibility of defense companies’ networks.

“I just would argue that we need to figure that piece out because we just can’t be in the process of reacting to cyber intrusions after the fact. We have to identify those threats at a quicker timeline at which our adversaries can break out on networks,” he said.

A report released by the Cyberspace Solarium Commission in March 2020 recommended that Congress direct the defense industrial base to take part in threat hunting initiatives and programs that promote sharing of threat intelligence data.

Rep. Jennifer Wexton, D-Va., and Sen. Mazie Hirono, D-Hawaii, have introduced legislation authorizing the National Science Foundation (NSF) and National Academies of Science, Engineering, and Medicine to conduct research into disinformation during the COVID-19 pandemic. Wexton and Hironi will hold a virtual roundtable on Tuesday, Sept. 29th to discuss the legislation.