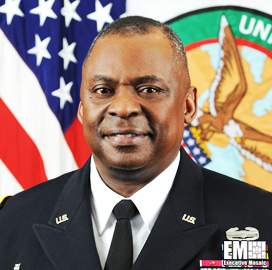 Lloyd Austin, a retired U.S. Army general and President Biden’s nominee for the defense secretary post, said his top priorities once confirmed would be to address the COVID-19 pandemic, counter extremism within the U.S. and reaffirm military alliances with countries in the Indo-Pacific amid China’s aggression, Voice of America reported Tuesday.

He told Senate Armed Services Committee members Tuesday during his confirmation hearing that he will have a “laser-like focus” on ensuring that the U.S. maintains its competitive advantage over the Chinese military and noted that doing so will require U.S. investments in artificial intelligence, quantum computing and other emerging technologies. Gen. Austin also shared his thoughts on the nuclear deal with Iran during the hearing.

“The preconditions for us considering to reenter into that agreement would be that Iran meet the conditions outlined in the agreement … back to where they should have been," he said.

In a written response to lawmakers’ policy questions, Gen. Austin said DOD can advance the defend forward approach by enabling industry, interagency and international partners to come up with better defenses; gathering insights about the cyber capabilities and operations of adversaries; and initiating actions to stop or disrupt threat actors’ malicious cyber activities.

Gen. Austin also responded to a question about the dual-hat leadership arrangement for U.S. Cyber Command and the National Security Agency.