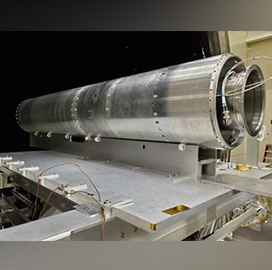 NASA has launched a spacecraft designed to help researchers study the soft X-ray emissions and growth of the Sun's corona.

MaGIXS uses an X-ray spectrometer, a telescope and a high-powered camera to observe the corona's x-rays in detail.

“Our knowledge of the corona’s heating mechanisms is limited, partly because we’ve not yet been able to make detailed observations and measurements of the temperature distribution of the solar plasma in the region,” said Amy Winebarger, a heliophysicist who serves as principal investigator for the MaGIXS mission.

NASA expects the spacecraft's data to help scientists determine the reasons and frequencies of the corona's heat. The corona is a layer of plasma that makes up the outermost portion of the solar atmosphere.