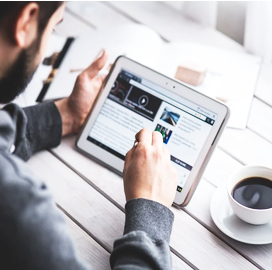 The National Archives and Records Administration (NARA) is ramping up efforts to support massive amounts of electronic records as part of a digital archiving initiative, Federal News Network reported Tuesday.

NARA is coordinating with the Chief Data Officers Council on implementing data management practices while working to establish Electronic Records Archives 2.0, which will manage the storage, transfer and scheduling of electronic records from agencies.

Laurence Brewer, chief records officer at NARA, said at a Digital Government Institute event that ERA 2.0 is meant to support cloud-to-cloud transmission between NARA and other agencies.

NARA plans to issue an update on ERA 2.0, which serves as a joint effort with IBM, ahead of the December 2022 deadline to terminate acceptance of paper-based records.

“That has been made more evident over the past year, that we just can’t push paper around anymore,” said Brewer.

NARA also intends to implement a shared-service model to records management and is collaborating with the General Services Administration on the Federal Electronic Records Modernization Initiative (FERMI), which focuses on establishing a marketplace of digitization tools.

Other NARA initiatives that Brewer cited include the planned release of a guidance on handing web records, including agencies’ social media posts and other content within the Electronic Messaging Preservation Act’s scope.